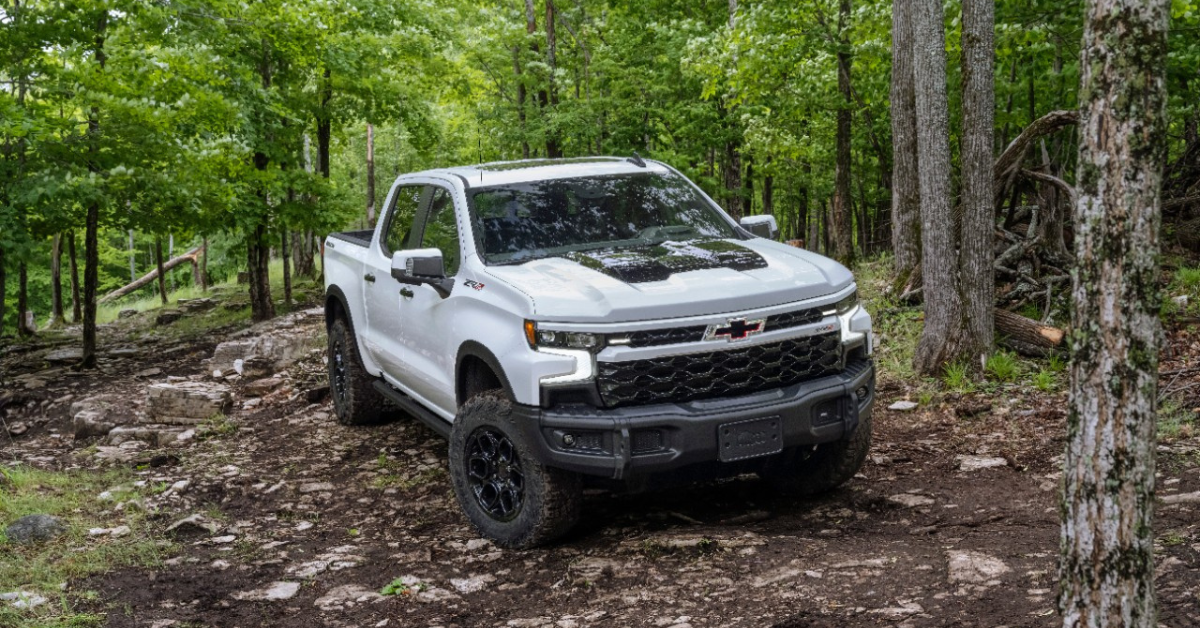 Get ready Silverado fans! Chevrolet has announced an all-new special edition: the Silverado ZR2 Bison Edition. A new model of the highly acclaimed Silverado ZR2, the Bison Edition is the result of a partnership with American Expedition Vehicles (AEV).The truck was designed for even more impressive off-road capabilities than the flagship ZR2, featuring rocker protection, unique skid plates, and more.

Get Ready to Roam With the Bison

Charging Forward With the ZR2

Bison customers will enjoy many of the flagship ZR2’s standard features—a standard 6.2L V-8 engine with 10-speed automatic transmission will deliver 420 horsepower and 460 lb-ft of torque to power through tough terrains.

The ZR2 Bison will also include front and rear e-lockers as well as specific off-road chassis and suspension calibrations, such as Terrain Mode, which will allow for one-pedal rock crawling.

A Partnership Driven by Performance & Quality

AEV is a premium off-road aftermarket manufacturer. It has a strong track record for providing accessories that excel in overland expedition environments. The 2019 Colorado ZR2 Bison quickly became the most popular special edition package offered with the Colorado ZR2. Similar to the Colorado ZR2 Bison development, AEV and GM engineers and designers collaborated on the tooling and design to bring forth the Silverado ZR2 Bison with unique overlanding componentry.

The Next Chapter for Off-Road Capability

Scott Bell, Chevrolet vice president, said, “Our most recent collaboration with AEV resulted in the much-acclaimed Colorado ZR2 Bison. We’re thrilled to team up again to bring customers Chevrolet’s next chapter of off-road dominance, this time on Silverado. The 2023 Silverado ZR2 Bison unlocks the pinnacle of the nameplate’s off-road capability.”

Learn More About the Silverado ZR2 Bison at Raymond Chevrolet

For over 60 years, customer service and satisfaction are at the heart of Raymond Chevy. This is why we are one of the top-performing Chevy dealers in the country and have been awarded the prestigious Mark of Excellence three times in the last five years. Our dedicated and experienced sales staff can help you learn more about the upcoming 2023 Chevrolet Silverado ZR2 Bison. Visit our dealership or contact Raymond Chevrolet today!